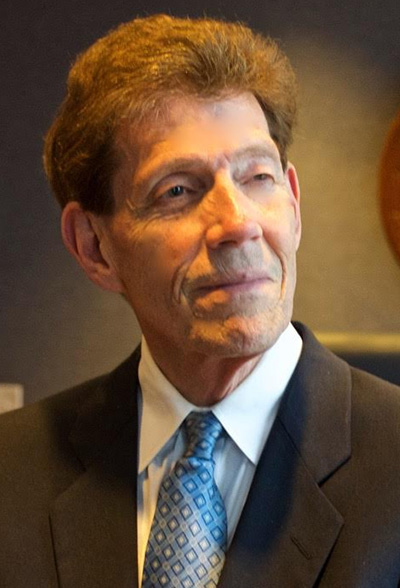 Ever since college, Ron O’Brien has had a single passion: protecting Central Ohioans by prosecuting violent criminals to get them off the streets, convicting politicians who betray the public trust, no matter whether they are Democrats or Republicans, and getting drug addicts and victims the help they and their families need and deserve.

“Without the safety of individuals and families, there is no fabric to hold our society together,” O’Brien says. “Before people can work, or shop, or play, they have to know they’re safe. That’s why the job of prosecuting attorney for Franklin County is so fulfilling.”

That fulfillment shows. Now in his 24th year as prosecuting attorney, Ron has served longer in that office than any previous officeholder. In that time he has become the dean of the state’s county prosecutors, who honored him in 2015 by naming him Ohio’s Top Prosecutor.

Ron believes that learning the ropes from the ground up is the key to success in becoming a fair and effective prosecutor. “This is not an ivory tower, executive job,” Ron comments. “It’s about human beings and their foibles and strengths. The only way you can learn it is to put in months and years in the court system, and learn well the lessons of dealing with some of society’s most troubled people.”

Ron’s experience as a prosecutor led him to spearhead the creation of a Drug Court here in Franklin County in 2009. He used the resources available to his office and the criminal justice system to get drug users the help they need to recover, instead of simply sending them to prison.

“Drug addiction is a terrible disease that affects every community in Franklin County,” O’Brien says. “Simply sending an addict to prison neglects the core issue. The addict, his or her family, and society as a whole benefit if we treat the addiction and get the individual healthy again.”

Ron has also worked closely with the Ohio Innocence Project to use DNA evidence to exonerate wrongly convicted individuals and free them from prison. “The checks and balances in our criminal justice system almost always ensure the right outcome,” O’Brien says. “But experience has taught me that every once in a while the system fails, and it is critical that we do everything possible to right those wrongs.”

Ron has also acquired a strong reputation for prosecution of crime in public office, which he views as a violation of public trust. “I have prosecuted members of both political parties, including a sitting governor of my own party,” O’Brien says. “An effective prosecutor acts completely independent of politics, has the experience and wisdom to treat every case and individual fairly, and dispenses justice evenhandedly.”

Raised on Columbus’ South Side, Ron is a lifelong resident of Franklin County. He graduated from St. Francis DeSales High School and earned his undergraduate degree from Ohio Dominican University.

At each turn of his career, Ron has earned the plaudits of members of the legal profession, editorial writers and organizations representing the public. He has served on the Governor’s Drunk Driving Task Force, and was appointed by the Chief Justice of Ohio’s Supreme Court to serve on the Joint Task Force to Review the Administration of Ohio’s Death Penalty. He has served as President of both the Ohio Prosecuting Attorneys Association and the Ohio Municipal Attorneys Association, has been recognized in the publication “Ohio’s Top Lawyers”, and was recently named Ohio’s Top Prosecutor by his peers.