A man who founded a New Albany-based educational consulting business must repay $2.25 million to investors he defrauded because of false and misleading statements he made, the Franklin County prosecutor’s office said.

Michael Neubig, 52, who lives in Upper Arlington, received a suspended 7 1/2-year prison sentence from Franklin County Common Pleas Judge Stephen L. McIntosh on Friday under the conditions that he makes the restitution and complies with community control for three years.

Neubig also was sentenced to seven days each in the Franklin County jail during the weeks of Halloween, Thanksgiving and Christmas.

In June, Neubig pleaded guilty to four counts of theft — a third-degree felony — and one count of unauthorized use of property, a fourth-degree felony.

A Franklin County grand jury originally indicted Neubig in October 2018 as a result of an investigation by the Ohio attorney general’s Bureau of Criminal Investigation and the Ohio Department of Commerce’s Division of Securities.

The fraud involved Neubig’s sale of investments in Capture Educational Consulting Services, Inc., a New Albany-based company of which Neubig is founder and CEO. The company’s address is listed at Innovate New Albany, a small business incubator at 8000 Walton Parkway, just north of Route 161.

Capture Educational developed and sold ScheduleSMART software to school systems that enable them to use data analytics from their electronic student information such as grades and test results to improve the efficiency and effectiveness of scheduling student classes and improve student, teacher and administrative performance, according to company materials and a release from Franklin County Prosecutor Ron O’Brien’s office.

Neubig was convicted for making false and misleading statements to investors in Ohio and California, including several angel investment funds that provide seed money to small tech business startups.

Among those who helped fund ScheduleSMART was Columbus-based Ohio TechAngel Funds, Cleveland-based North Coast Angel Fund LLC, Dublin-based Fast Switch Ltd. and individual investors. It was not immediately clear if they were among those defrauded.

Neubig also signed an agreement with United Kingdom-based Pearson Education, which has operations in Columbus and whose marketing efforts helped push the sale of — and investments in — ScheduleSMART.

But Neubig made false and misleading statements about the financial health of his company and the number of students using the company’s scheduling platform. Neubig also failed to reveal cash flow shortages, negative bank balances, his true customer base and payroll issues, the prosecutor’s release said.

When Neubig pleaded guilty, he admitted to bilking three additional victims who were not named in the original indictment.

According to his LinkedIn page, Neubig was a public school teacher, guidance counselor, administrator and coach at Westerville City Schools for 15 years who started Capital Educational because he identified a need to improve the way students’ classes are scheduled in schools.

“After five years of hands-on research and development of processes,” Neubig stated, he joined with technology consultant Gene Lawhun of Sunbury to develop the ScheduleSMART software. 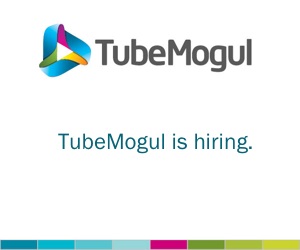