I wanted to make sure you saw the Columbus Dispatch’s excellent editorial this morning endorsing Ron’s reelection! Please share this with your network, and thank you so much for your continued support! 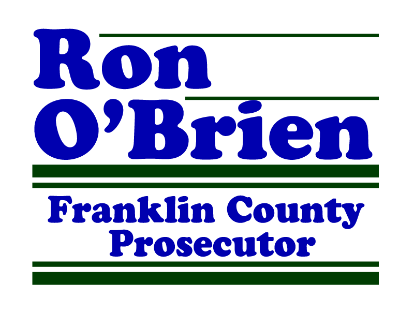 The Dispatch strongly endorses Ron O’Brien for re-election as Franklin County prosecutor in the Nov. 8 election.

Most victims or families who have contact with this office never dreamed their lives would be altered — or shattered — by a serious crime. They are ordinary folks who must depend on an attorney chosen for them by voters to win justice, punish the guilty — robbers, rapists and murderers — and protect society by obtaining prison convictions.

The reasonable question for voters to ask is whom they’d select if they were interviewing attorneys to represent them under such dire circumstances: Someone such as O’Brien, with more than 40 years of prosecuting experience in courtrooms? Or someone such as his Democratic challenger, Zach Klein, who has a very thin legal resume?

As president of Columbus City Council, Klein has done a solid job of engaging the community. The Democrat has a bright political future. But he brings virtually no relevant experience to the race for prosecutor.

O’Brien, a Republican completing his fifth term, is the county’s longest-serving prosecutor. He remains dedicated; he starts early and typically is the last county official out of the building.

He is an unusual county prosecutor in that he still argues some cases himself, but this distinction should not be misinterpreted to conclude that this office is largely an administrative position. Klein suggests that courtroom experience is less vital because only a small percentage of criminal cases go to trial. It’s just the opposite: Only someone who has prosecuted criminals has the judgment to determine which cases should be plea-bargained to focus the office’s and court’s resources. Similarly, only someone with experience can teach, advise and guide assistant prosecutors.

Equally important to obtaining convictions is having a prosecutor who is fair and does not politicize this office, one that has special importance because of its location in Ohio’s capital. O’Brien has helped the General Assembly shape laws, and his office prosecutes crimes involving state government.

O’Brien has prosecuted Republicans, including Gov. Bob Taft, on ethics violations, and Franklin County Clerk of Court Jesse Oddi for stealing $448,000. And he has prosecuted Democrats, including Ohio Secretary of State Marc Dann, for misspending campaign funds, and state Rep. W. Carlton Weddington for taking bribes.

In 2015, O’Brien was named Ohio’s Prosecutor of the Year by the Ohio Prosecuting Attorneys Association. He also has pushed for programs, such as drug courts, to keep nonviolent offenders out of prison, and led efforts against human trafficking.